We’ve been working hard to create a new range of tasty, plant-based chicken products and you could be one of the first to try it, for free!

We're heading up the East Coast of Australia with our mates from Chur Burger kicking things off on Friday the 18th of March.

We’ll be sampling v2tenders and v2schnitzel all the way plus a full menu of goodies will also be available, including some insanely good loaded fries made with v2mince.

Starting at the Melbourne Street Eatz Festival which will be home for 3 days then ending things up in beautiful Byron Bay - where we hope to be able to bring some joy back to people who’ve been doing it tough lately. Come along, say hi and be prepared to be surprised by the amazing taste of the new plant-based v2schnitzel! 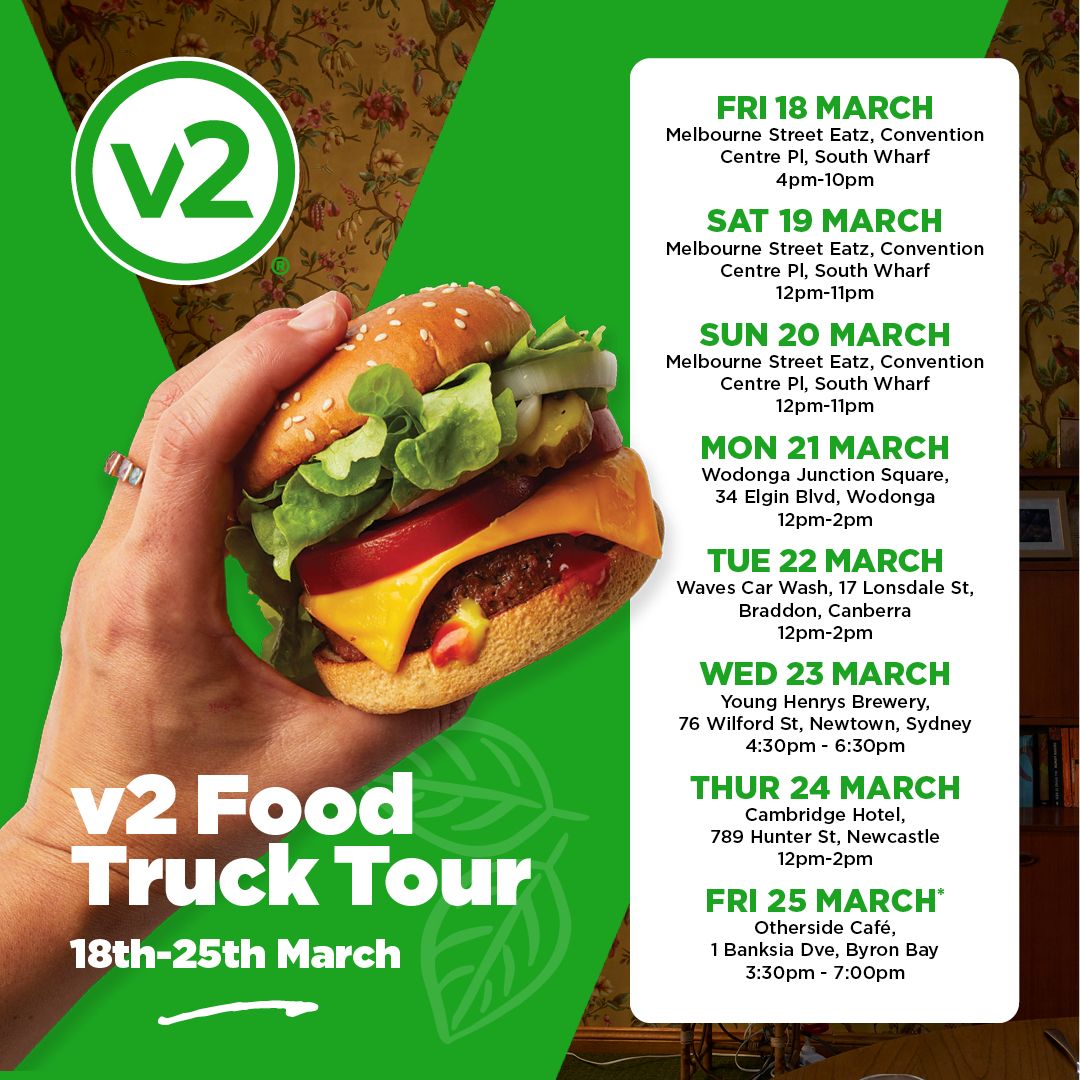 What’s on the menu?

As if that’s not enough we’ll also be giving away one of a kind merch, designed by Sydney street artist Nathan Pickering, so make sure you get down to your closest stop early!

Click on the links below for updates on specific locations.

Here's Where to Find v2 in Woolworths